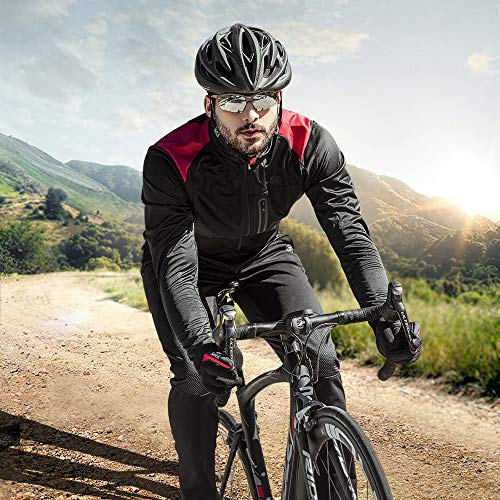 it was my first time traveling to a new place to bikepack. I’d only known Saara for five months, but we’d bonded quickly and I trusted her. Having lived in Montana for several years, she was serving as my guide on this trip in many ways.

What I didn’t realize, however, was how a history of fear and exclusion would leave me unprepared for what was to come, regardless of having a personal tour guide.

The first day we planned to ride 38 miles with 2,000 feet of climbing. I thought, no problem, I’ve done this a ton in Atlanta. We started the day later than planned but rolled out of Missoula in the afternoon, post-lunch. The first several miles were a breeze, meaning that we snacked, stopped whenever we wanted, took photos, and enjoyed the sun’s warmth. I took in the scenery all at once, and my fully loaded, borrowed bike didn’t feel nearly as heavy as it looked.

We stopped at a gas station around mile 17 to get more water and rest for a bit. The mountains were breathtaking. It was my first time in Montana, and I wanted to take stock of every sight, sound, smell, and feeling I experienced.

I was feeling all of the joy that brought me to bikes in the first place: the freeing feeling of existence, being present, gratitude for my body and this earth, using my legs to power this vessel, and having it carry me to new places. Learning about myself on the bike and learning what I’m capable of are of such value to me.

We continued on from Frenchtown and headed into the mountains proper. I later learned that this part of Montana, at its valley floor, is 3,200 feet above sea level, and where I live is at 1,050 feet.

We began climbing a loose gravel road, encountering switchback after switchback, while making our way to the mountain pass. I was breathing heavily, trying to keep up with Saara, and now slightly annoyed that I packed so much on the bike (even with Saara carrying most, if not all, of the food). We walked our bikes in a few places, and it felt like the uphill was never-ending.

On this one particular hill, I was digging deep and lost in my thoughts when Saara mentioned how to use bear spray. Trying to focus on a lesson in bear spray technique while slowly climbing with a fully loaded bike while controlling your breathing and ignoring the pain in your muscles? File that under the top five hardest things I’ve ever done. I managed to hear that bear spray works like mace, and then I asked, “What happens if you run out? And does the bear actually run away after or … what’s the next step?” Turns out, Saara’s never had to use it (luckily?), and we kind of giggled (though mine was more of a laugh/cry) and both hoped for the best.

Meanwhile, Saara began calling for bears, which I learned is a process of letting the bears know that you’re in their territory by shouting a lot so that you don’t surprise them. It was an intense eight minutes.

Then, as if we called one into existence, Saara said, “Oops, there’s a grizz. Over on the next ridge,” and I was like, “Oh shit, really? Is he close?”

She calmly described the grizz’s location. I continued to pedal but took a peek — he was moving along the pass but could have easily been mistaken as a tree trunk if he hadn’t been moving. I was scared. I tried to push the fear down and pay attention to every detail of what I was doing: right foot pedal, left foot pedal, oh shit big rock, avoid!, sweaty back, how much longer, deep breath.